The JC Track and Field program is one of the oldest and proudest sports programs at Juniata College.  In 1904 the first Juniata Track and Field team competed against Susquehanna University starting Juniata’s intercollegiate sports history and a rivalry that continues to this day.1  In 1916 Juniata sent its Track team to the Penn Relay Race Carnival for the first time where they finished fourth out of eight teams.2  At the time the head coach was Professor J.C. Stayer an alumni and former runner who held the 220-yard hurdles record.3

The Juniata College Track and Field Program has grown and evolved over the years with many coaches giving leadership since J.C. Stayer and today the team is coached by Jon Cutright who began as an assistant in 1994.  Three years later Coach Cutright moved up to head coach where he has been since.  Cutright graduated from Ohio University in 1992 and received his Master’s Degree in Athletic Administration from the same University in 1993.5

To highlight some of the differences in the program from its start until today below are the records from 1917 and 2013.  Notice the addition of events such as the 5,000 meters, 10,000 meters, 3,000 meter Steeplechase, Javelin throw, Triple jump, and Decathlon.  Notice that in 1917 the events were measured using the Imperial system in contrast to today where the Metric system is employed.  Today many meets use Fully Automatic Timing which is much more specific and reliable than the hand timing of the early days of the program and visible on the record lists below.  With that in mind the records from 1917 are still impressive by today’s standards.

One of the reasons Track and Field is such a beloved sport is the fact that you can compare any two athletes from any time or place. Something made quite apparent by looking at the Juniata Track and Field Program’s history. As one of the first sports at Juniata College, Track and Field has had a long and strong run, one that looks like it will continue for many years to come. 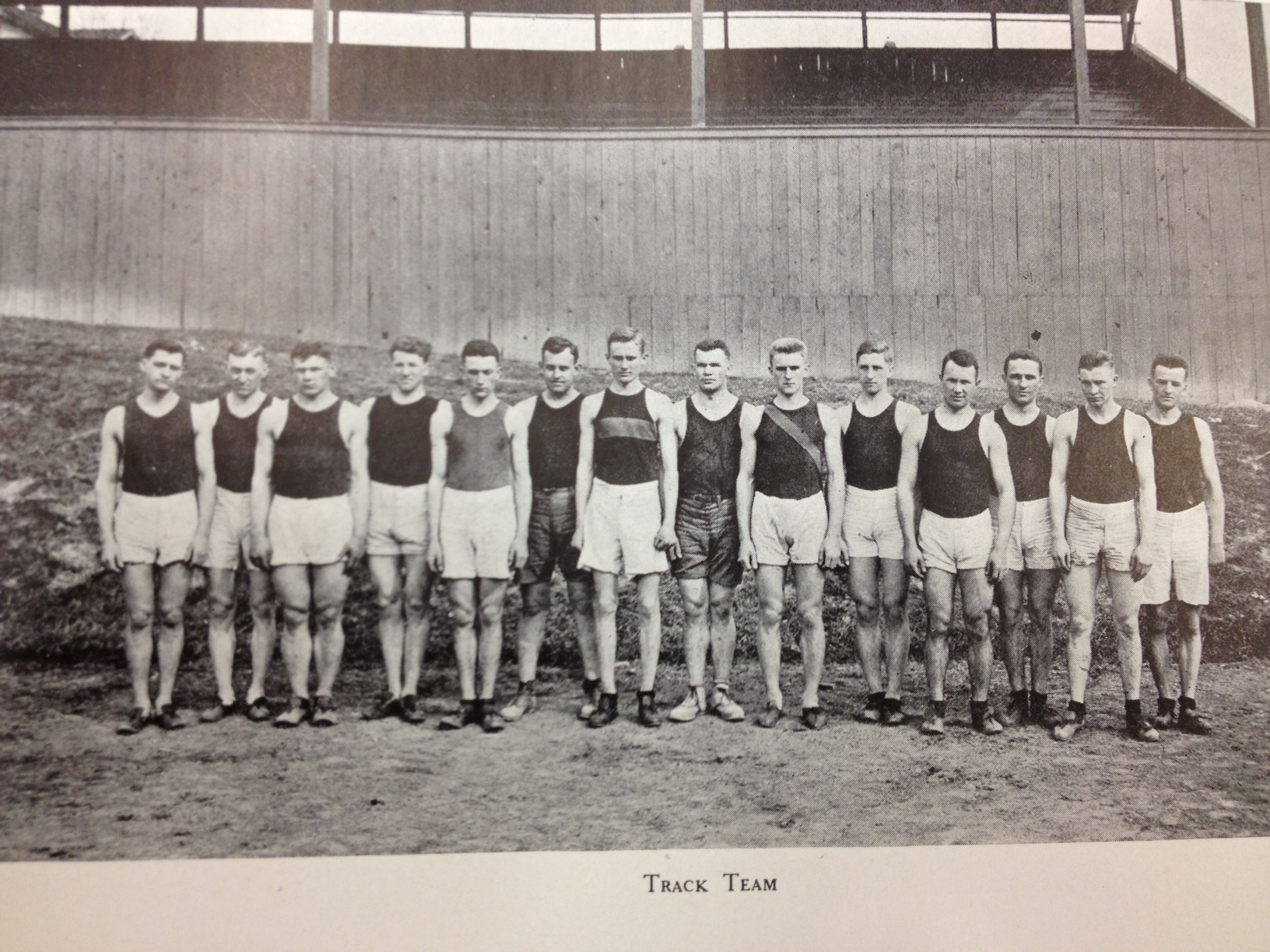